Assoumou was previously an investment banker with renowned investment firm JP Morgan where he amassed tremendous experience over ten years. His areas of expertise covered structured finance, investment coverage, capital markets and leveraged finance. He was responsible for the successful execution of $25 billion lead-managed ABS transactions when at JP Morgan and the origination and marketing of over $9 billion worth of high yield bond offerings plus leveraged loan syndications.

He has encountered and successfully navigated through several challenging business and personal moments. High moments in his private business life include repositioning over 120 distressed NYC area assets totaling over $80 million in terms of renovated value. More recently, Schelton has been active in the small and middle New York City real estate market through Brownstone NYC as Managing Director.

There are, generally speaking, lots of investment opportunities around suburban NYC homes under $1,000,000. In response to the Covid Pandemic, many homebuyers are flocking into the suburbs leading to unprecedented demand. This is being met with a low inventory as home sellers are cagey about selling, fearing that they might not find suitable replacement properties elsewhere. In the meantime, historically low-interest rates are also pulling in first time buyers while boosting the budget for property buyers in general.

NYC has a track record of being among the best long-term real estate and property investments in the US. The real estate market in New York has been flourishing year-over-year. NYC With demand and supply factors continuing to favor home sellers, property prices continue to rise year after year.

Even as the economy opens up after the lockdowns, the real estate appreciation rate remains low estimated at a modest 3.53%, below what was marked in most US communities. The ongoing pandemic has changed the dynamics of NYC’s real estate market dramatically and varies from neighborhood to neighborhood.

It’s a comparatively good time to buy a home in the City as competition is less and property inventory is on the rise making the housing market friendlier to buyers than to the sellers. With the current phased opening of the US economy, home buyers are quickly returning to the market keen on cashing on the opportunity to acquire their favorite properties amid the historically low-interest rates supported by the state and federal governments.

Housing Trends in the Bronx

Although the Bronx closed the 1st half of 2020 with, as usual, the lowest median sale price among the four New York boroughs, it did record the 2nd-highest price increase.

The month of May, in particular, brought a 33% price surge and lifted the median sale price rose to a year-to-date high of approximately $531,000. Although August came in at 8%, much lower than July, its $452,000 median represented a Year-to-Year 13% gain, continuing the positive pricing trends in the Bronx, constant since the advent of the Covid crisis. All in all, the borough posted a $463,000 YTD median sale price for a 9% gain compared to the same period last year.

Why Invest in the Bronx, NYC

Over the last years, land prices have significantly come down throughout NYC. The lower prices have led to greater investment opportunities for those developers that want to acquire land at low cost, affordable rates and construct multifamily rental properties, particularly in locations such as the Bronx.

Many homeowners in places like Manhattan and other urban areas are leaving for the City’s suburbs, and the Bronx offers attractive investment opportunities. As families and individuals are getting priced out of Queens, Manhattan, and Brooklyn, the Bronx is being seen by many investors such as Schelton Assoumou of BYNC as the last frontier of what can be described as “affordable real estate” in NYC.

Land costs in the Bronx are still ranked among the lowest across the NYC boroughs. If you believe or want to invest in the long-term, it might be prudent to acquire land now if the right deals land on your desk. In the investment sales market, development sites in the Bronx are among the most actively traded assets. According to the MD of Brownstone NYC, they rank 2nd highest in transaction volume behind multifamily assets.

Proximity to Manhattan combined with affordable property prices is the real driver of housing demand in the Bronx real estate. The easy access via public means, ferry and through major highways is attracting renters and buyers in droves. Many are selling their inner New York properties, as this is a great time to invest in the Bronx. The borough has several other advantages, such as reduced crime rates and an influx of development capital.

Over the past six or so years, the value of real estate in the Bronx has increased by a commendable 54%, one of NYC’NYC’ highest. The Increase in value allows first-time buyers to own a more affordable home than investing in neighborhoods such as Manhattan and Brooklyn.

According to one property dealer, over the last couple of years, the value of multifamily properties in the South Bronx has appreciated by an average of about 8% YoY. For example, according to the same dealer, in Jan 2016, 1299 Clay sold for $525k, but the same property was listed July 2020 for $699k.

Brownstone NYC is offering property buyers a unique opportunity to participate in the New York real estate market. Other industry professionals such as Amian Relty also share the same confidence in the long-term growth trend being witnessed throughout the Bronx.

BNYC’s primary mission is community empowerment through inclusivity, diversity, development, and expanded knowledge. BNYC’s clients can now gain access to what were previously off-market deals at great prices. Such deals were exclusive of sophisticated real estate insiders such as bank-owned foreclosures, non-performing liens, and probates.

The inaugural group of NYC properties under the Wealth Creation Initiative have not only been identified, but the construction activities are ongoing, including several luxury condominiums located in formerly depressed or undervalued locations of NYC. This effort is geared towards creating new jobs, establishing a new capital base for people that previously lacked access to professional services and development capital in the housing and property sectors.

Bronx real estate offers some of the best opportunities and value in this regard, comparable to what was seen in Brooklyn after the 2012 US election. In Brooklyn, the median home prices rose from $400k to $800k between 2012 and 2019.

According to Assoumou, the Managing Director Brownstone NYC, currently, multifamily homes in the South Bronx are asking 25% above what BNYC flipped them for just a couple of years ago. These are NYC locations that nobody wanted to risk investing their capital which were literally off the radar.

People are leaving central New York because of the population density, cost, and Covid19 Pandemic. This is particularly the case for older residents seeking refuge in the suburbs because of the virus. Circumstances have also compelled NYC residents to fast-track decisions they might have been considering for several years about relocation to the suburbs or even out of New York altogether.

Due to the exodus of renters in Manhattan to the NY suburbs, vacancies and rents are falling. On the other hand, rental discounts and soaring vacancies have attracted many renters to neighborhoods or boroughs that previously would not have been so attractive to buyers and investors, such as the Bronx.

This makes it an excellent time to buy NYC real estate in such areas as the Bronx. So long as the economy remains stable and the Covid19 Pandemic is brought under control, the market will continue warming up. Data from NeighborhoodScout’s show that during the latest 12 months or so, at 5.25%, New York’s appreciation rate has been slightly above the US national average. In the latest quarter, the real estate appreciation rate in NYC has been 1.04%, annualizing to a rate of about 4.22%.

Are you considering venturing into the Bronx? Some of the best neighborhoods include Throgs Neck, Riverdale, and Wakefield. Homes in the Bronx, NY, on average, sell after 152 days on the listings market and the median days on the market in the Bronx continues to come down.

Are you considering venturing into the Bronx? Some of the best neighborhoods include Throgs Neck, Riverdale, and Wakefield. Homes in the Bronx, NY, on average, sell after 152 days on the listings market and the median days on the market in the Bronx continues to come down. 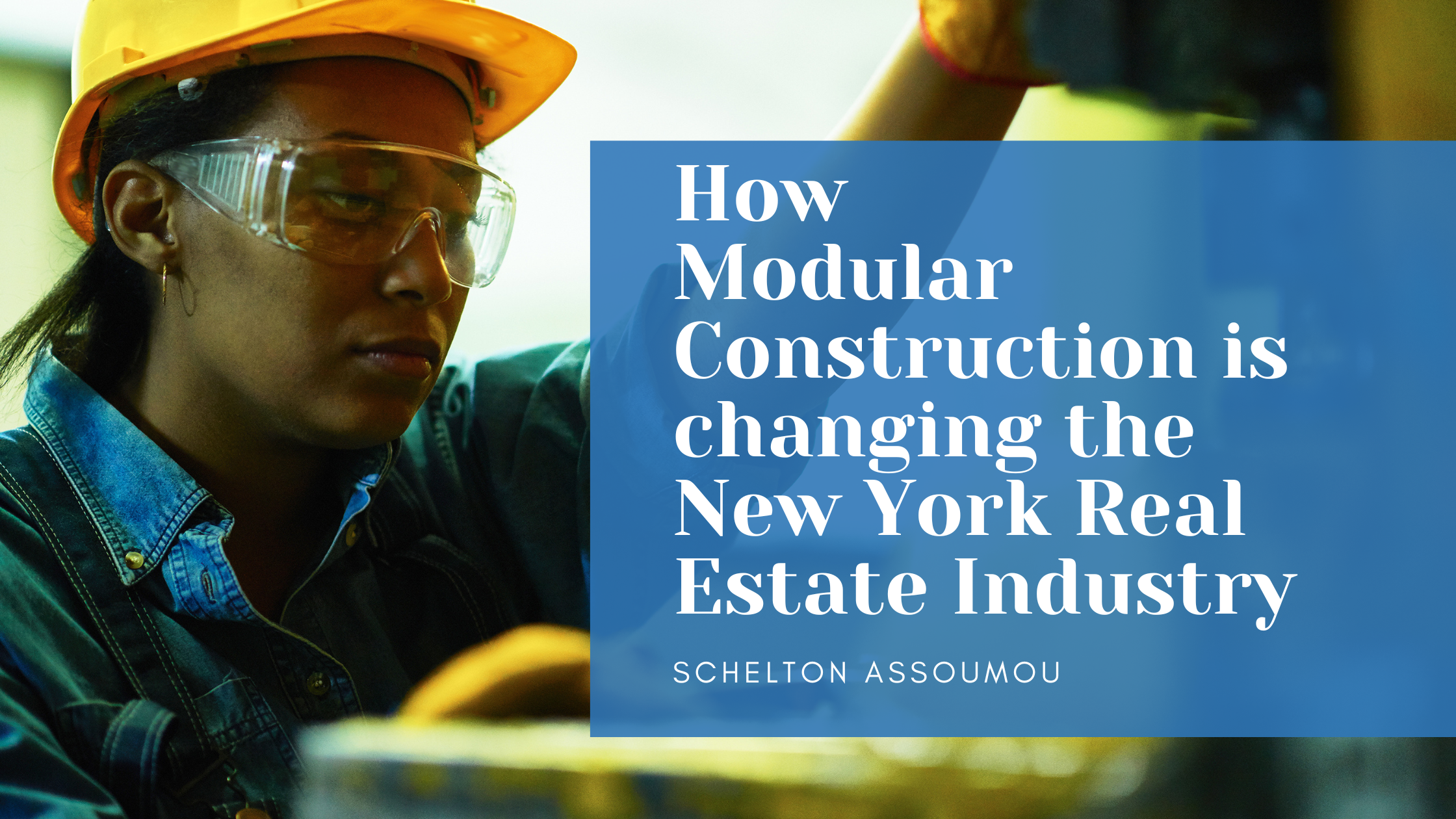 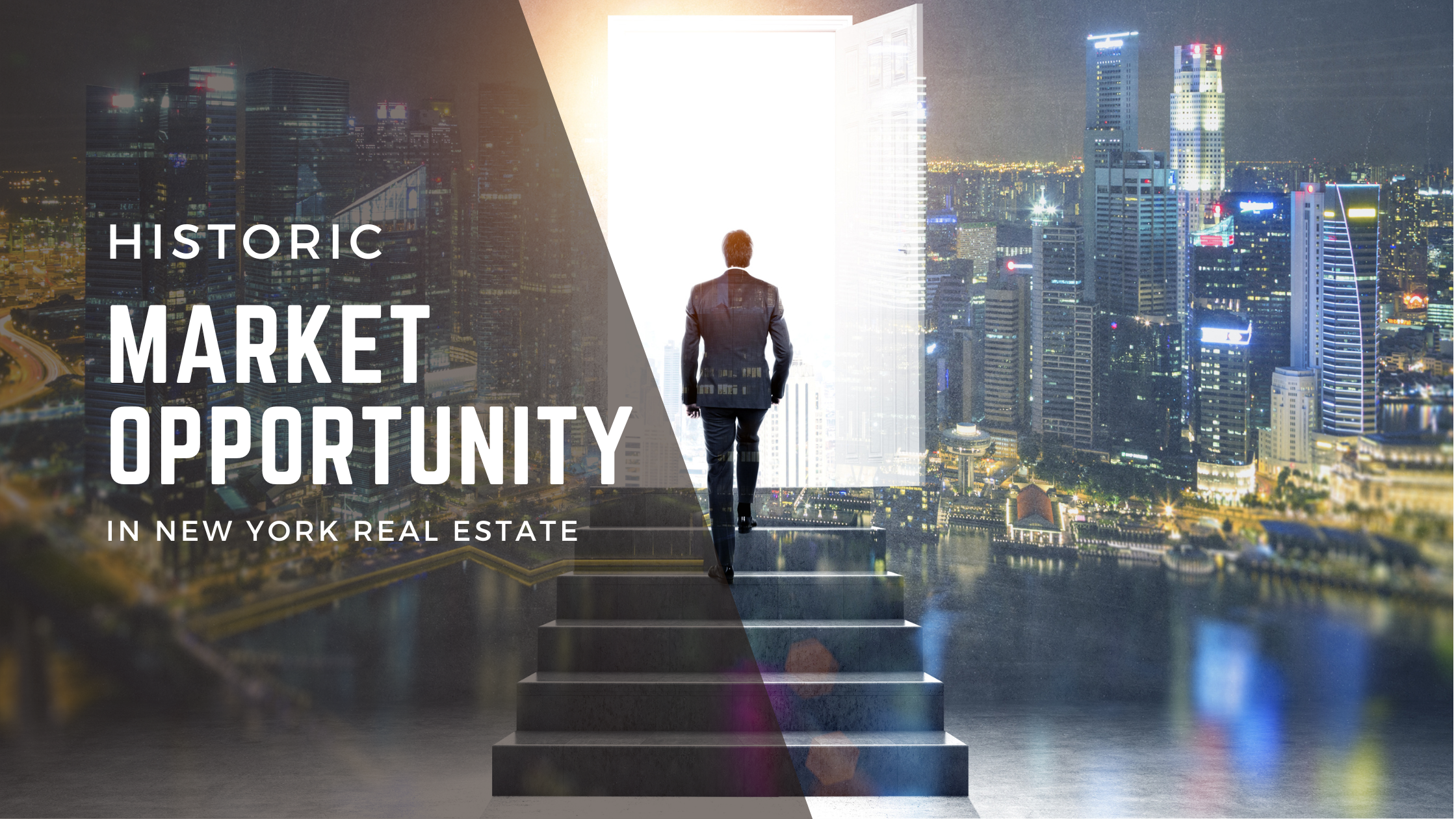 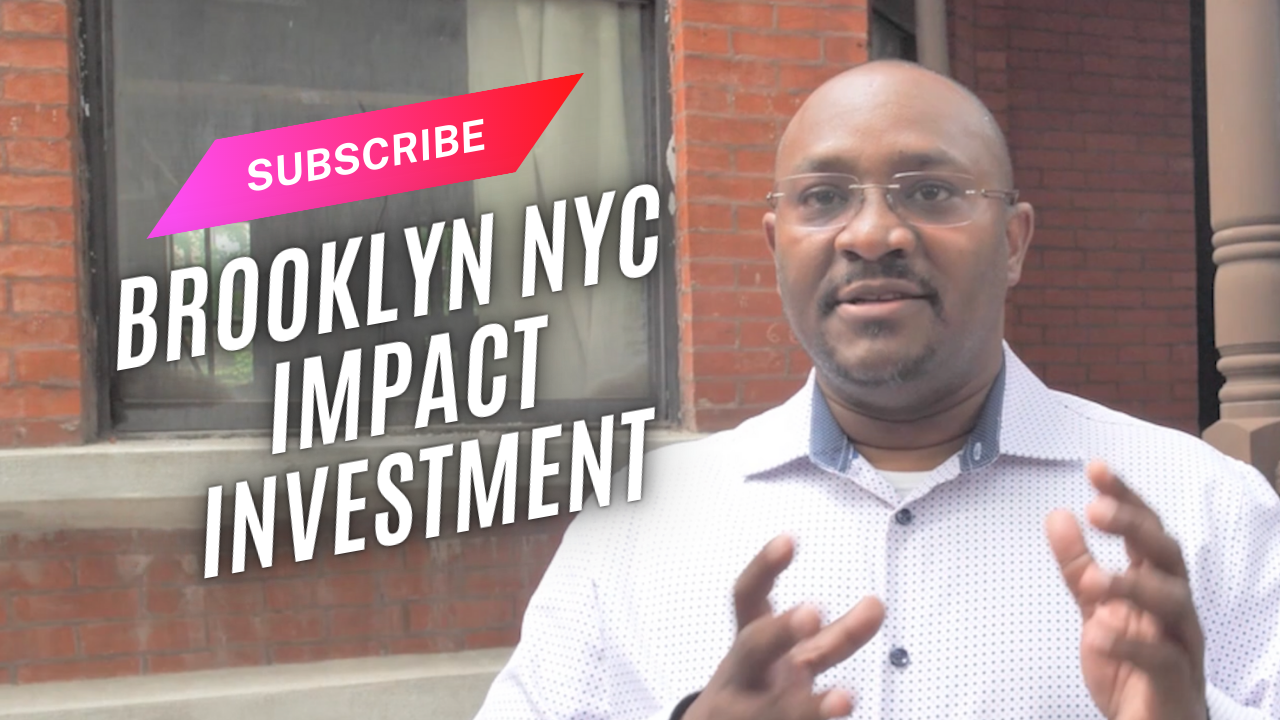 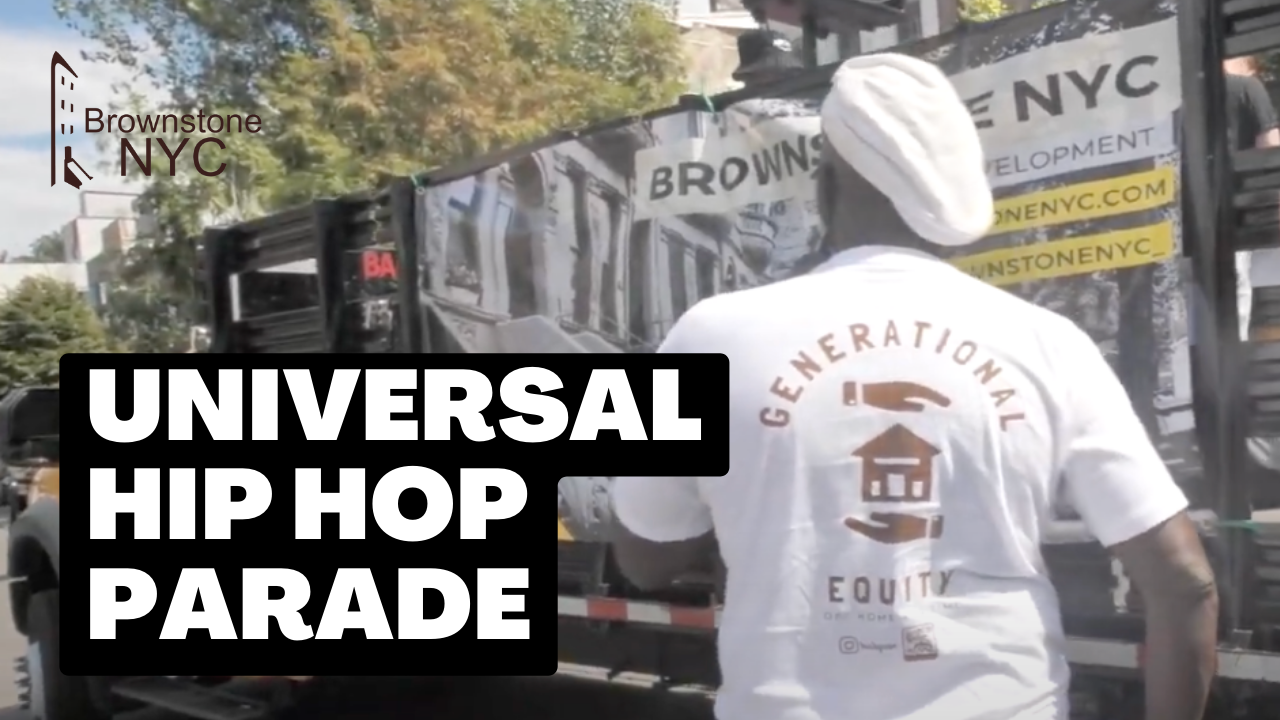